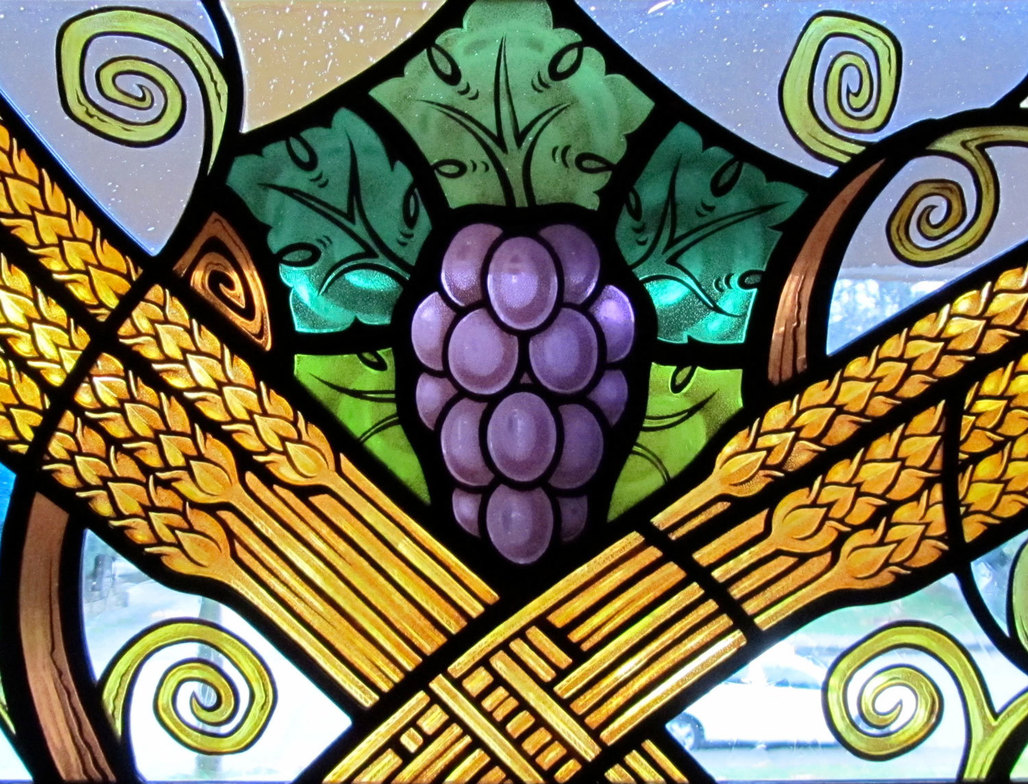 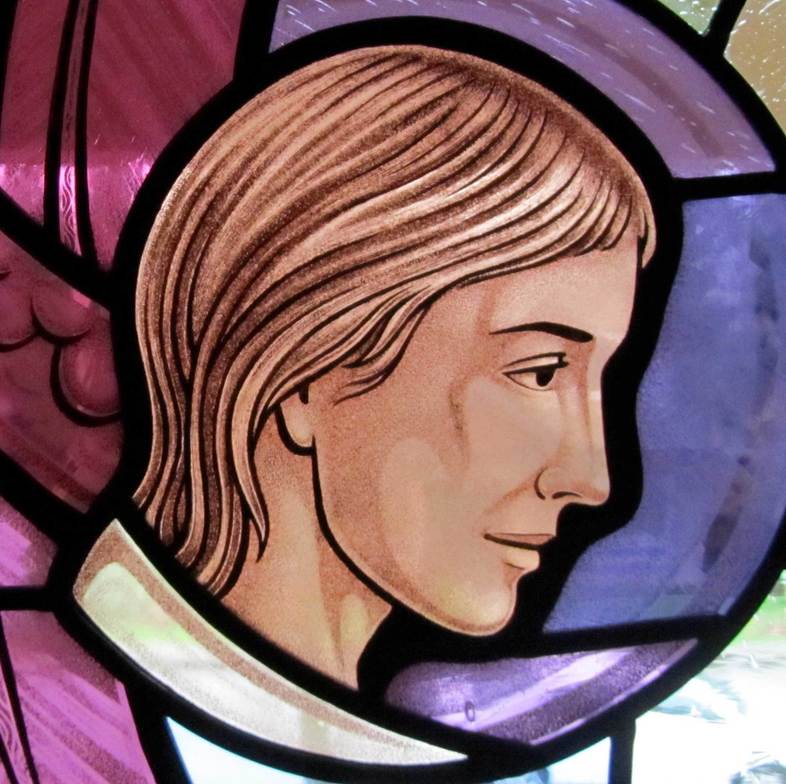 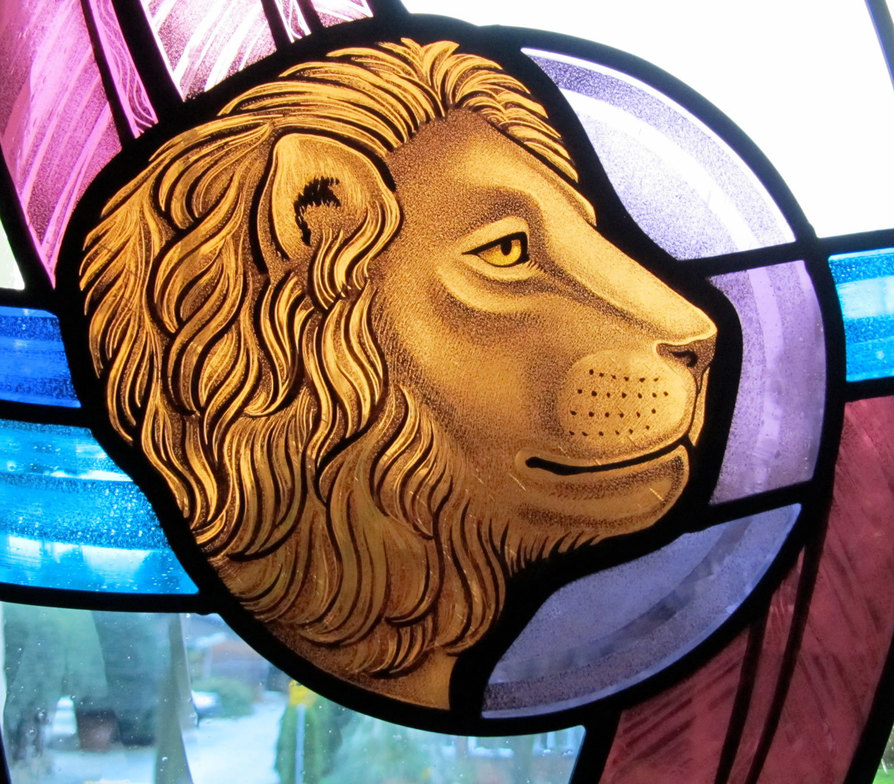 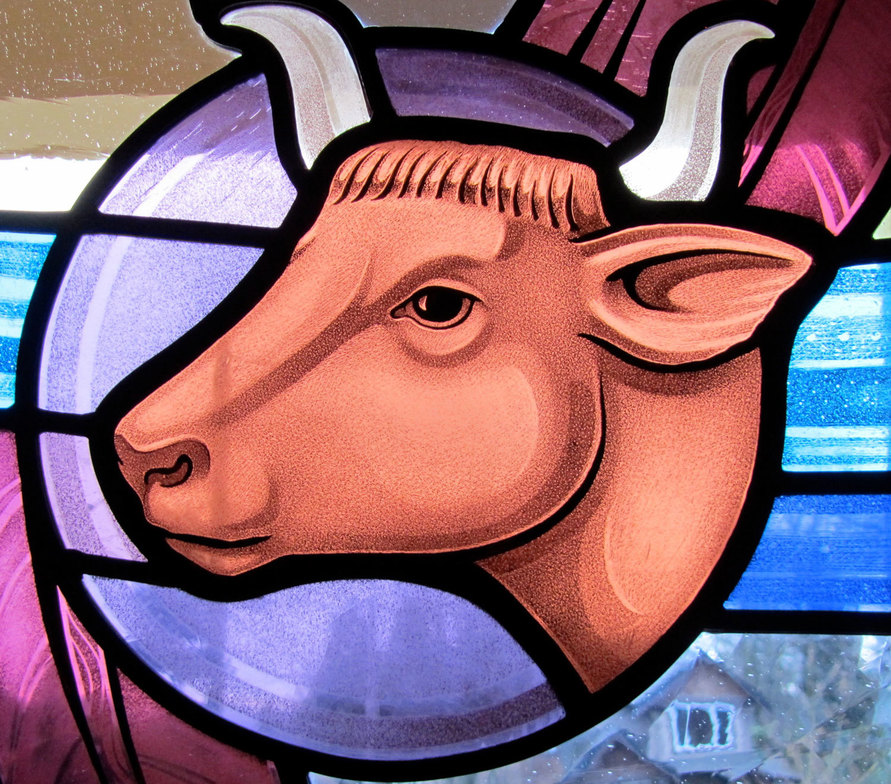 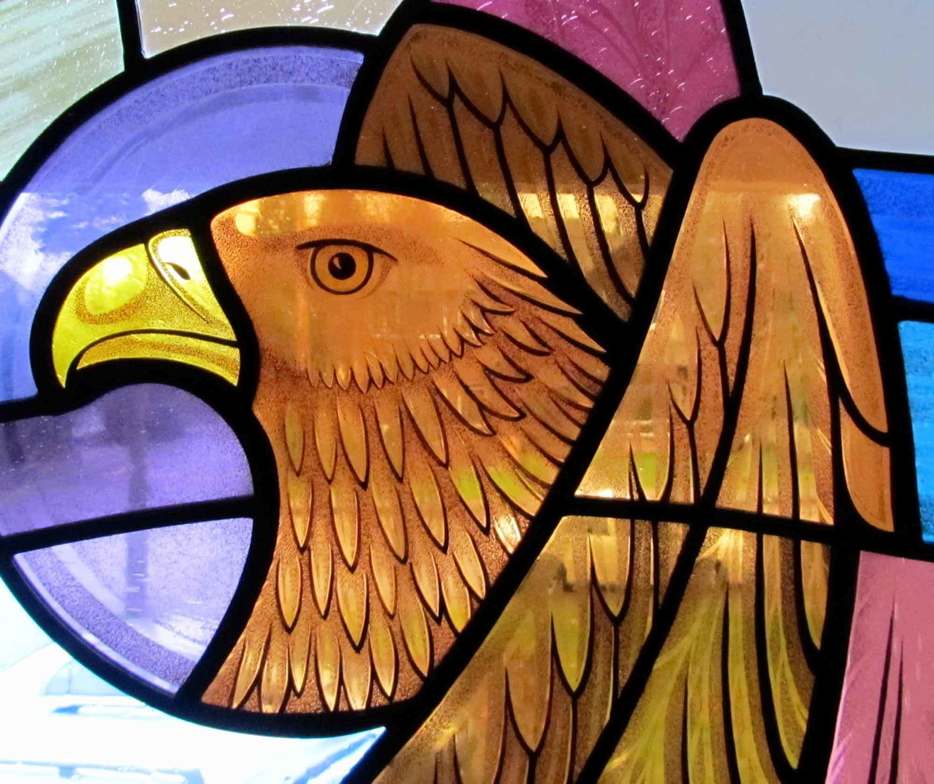 Installed in 2012 by Gilroy Stained Glass, the stained glass for the entrance doors of St Agnes’ Anglican Church welcomes with colour and meaning all those who enter this historic building. We have created a design which leads the eye around the total window area and makes a visual “pathway” between the three areas of stained glass - there is greater impact by treating the area as a whole; enhanced by the divisions rather than defined by them.

The themes depicted in the windows are the Eucharistic symbols of the wheat and the vine, and the symbols for the four Evangelists. We have used the bowing wheat stalks intertwined with the vine to lead the eye from the door panels into the upper transom, at the centre of which is depicted the fruit. These symbols represent the bread and wine used during the service of Holy Communion.

The four Evangelists (a word meaning “people who proclaim good news”) are depicted in stylized form by their emblems, the meanings of which grew over centuries to represent firstly the Evangelists, secondly the nature of Christ, and thirdly the virtues required of a Christian for salvation.

• St. Matthew the Evangelist is symbolized by the “Divine Man” because his gospel teaches us about the human nature of Christ, signifying that Christians should use their reason for salvation.

• St. Mark the Evangelist is symbolized by the winged lion, a figure of courage and monarchy (Christ as king). Mark writes of John the Baptist preaching “like a lion roaring”, signifying that Christians should be courageous on the path of salvation.

• St. Luke the Evangelist is symbolized by the winged ox, a figure of sacrifice, service and strength. It represents Jesus’ sacrifice in his Passion and Crucifixion, signifying that Christians should be prepared to make their own personal sacrifices in following Christ.

• St. John the Evangelist is symbolized by an eagle because his gaze pierced further into the mysteries of Heaven than that of any man. It represents Christ’s divine nature, signifying that Christians should rejoice in their journey towards union with God.

All these elements of the design are linked by a stylized representation of baptismal water, and by the prominent liturgical colours of blue, purple and green.

Subscribe to receive email updates with the latest news.